As a musical director, Sarah has worked on classic and new musicals, plays with music, actor-muso pieces, and concerts in venues including the UK's National Theatre, 54 Below, Two River Theater, and universities and schools across the US and UK. Sarah is also the Music Supervisor for the cult favorite Fellowship! The Musical Parody of The Fellowship of the Ring. She recently participated in Stage Entertainment's workshop for female conductors, which had a final concert at Stage Operettenhaus in Hamburg. Music directing highlights include: 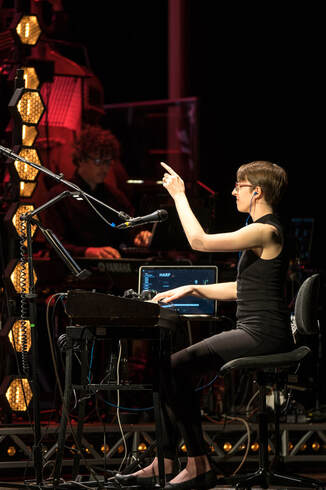 Fellowship! The Musical Parody of The Fellowship of the Ring
Steve Allen Theater in LA, music director, music supervisor, and copyist.

As You Like It
Two River Theater, music director.

Intersections: The Music of Ellis and Williamson
54 Below, composer and music director.