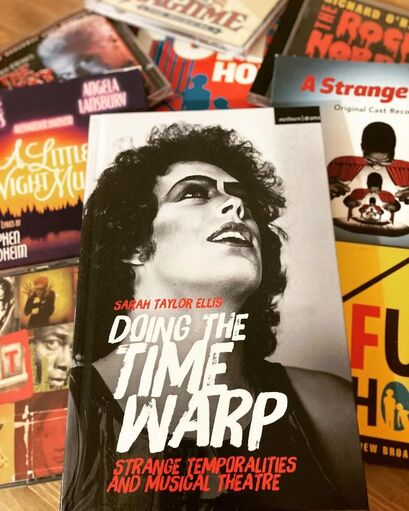 “Let’s Do the Time Warp Again: Performing Time, Genre, and Spectatorship.”
The Routledge Companion to the Contemporary Musical, 2019.

“To Do or To Teach? Is That Even a Question?"
American Theatre, January 2015.

“Establishing (and Reestablishing) a Sense of Place: Musical Orientation in The Sound of Music.”
Studies in Musical Theatre, Vol. 3, Issue 3, December 2009.

HouseFire. A new climate crisis musical with book and lyrics by Poppy Burton-Morgan and music by Ben Toth. Produced by Metta Theatre, developed with funding from Arts Council England. Digital workshop, May 2020.

A True History. A new play by Chas LiBretto. Produced by Psittacus Productions. Staged reading at the Vineyard Theater, December 2012.

The Great Game at Duke Theater Previews. A new play by D. Tucker Smith, which later premiered at Kansas City Rep as Roof of the World. January – May 2007.